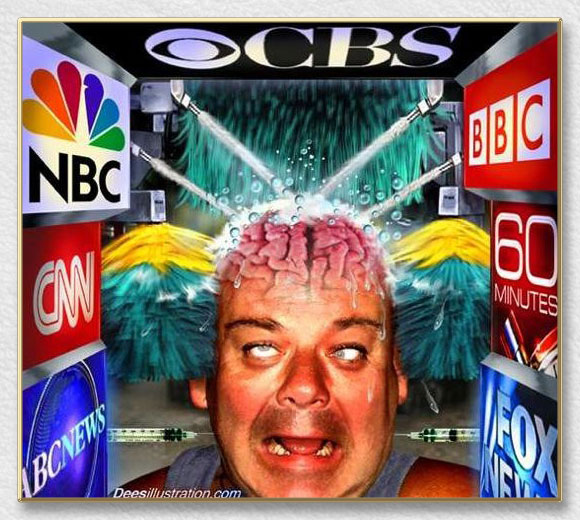 What is it that the mainstream press is afraid of when reporting anything unexplained and why do they go to such extreme lengths to debunk what they can’t understand?

Whenever a genuine mystery presents itself into the mainstream consciousness and no immediate explanation can be found, a queue of left-brained closed minded types foaming at the mouth will inevitably line up to shoot it down – simply because it defies explanation and must be made to fit their own narrow paradigm at any cost.

The latest offering of establishment defending bile comes from an article entitled “Is the Baltic Sea ‘Sunken UFO’ an Elaborate Scam?” which surfaced a few days ago on the site – LifesLittleMysteries.com.  Since then, the same article has been reprinted more than a dozen times across many media outlets.  More on that in a minute…

Meanwhile, LifesLittleMysteries.com’s “about” page informs us – “Life’s Little Mysteries answers fascinating questions about the world around you and the stuff in it, from things in the news and on your mind to crazy questions you didn’t even know you had. Our team of experienced reporters and editors do serious research while having loads of fun, to explain the world’s objects and phenomena, natural and man-made.”

A quick check reveals the staff have backgrounds writing for a whole host of establishment science publications where 200ft genuinely unexplainable objects that defy known historical timeframes and challenge dogma are about as welcome as weevils in their Cornflakes.  So what “serious research” have they conducted into the Baltic Anomaly?  Judging by the content and the tone of the article – none whatsoever. Nor did they actually bother to contact OceanX it would seem.

Another quick check reveals that the LifesLittleMysteries.com is a small offshoot of the main corporate mother-ship owned by parent company TechMediaNetwork.com which primarily runs information technology and science websites such as Space.com, Livescience.com and another dozen or so equally forgettable geek sites where you can no doubt learn what make and serial number of battery goes in your iPad.

TechMediaNetwork describe themselves as -  “a publisher of high-quality original content with owned and operated brands and an advertising partner network that combined, reach 98 million unique readers monthly, plus millions more through syndication to major media partners.”

Regardless, however respected and popular these publications claim to be with the hoards of vaccine-damaged mainstream fluoride-heads, these sites should stay well away from anything esoteric or outwith the paradigm of mainstream science.  Their “expert” opinions on subjects such as the Baltic Anomaly are less than worthless since they already founded on a position of sneering disbelief.  Such opinions serve no purpose other than to promote a pseudosceptic mindset rather than a genuinely open-minded investigative approach which is what is required in the instance of the Baltic Anomaly.

Experts tell us that….

The standard operating manual for debunking paranormal claims or anything that doesn’t fit inside a test tube is to wheel out the nearest left brained “expert” who, (usually fearing his renewal of tenure), will tell you that whatever the mystery may be, it can all be explained away by swamp gas, nearby lighthouses and Venus in close transit to Uranus.

In this case though, the strategy seems to be to try and pour cold water on this potentially explosive discovery by taking a swipe at the character of one of the OceanX Co-Founders -  painting the OceanX team as publicity seeking scam artists which they most definitely are not. Anyone who has been following the team’s work closely for even the last few months knows these guys are genuinely baffled by what they’ve found.  Is there a TV production company involved? – Yes. Will they be selling a documentary on the mysterious anomaly? -Yes. This has been well known for a long time and the OceanX team make no secret of that fact.  Sending a ten man team with state of the art equipment to dive in the Baltic for up to a week is an expensive business – over 1 million Euros at least.

The article accuses OceanX team co-founder Peter Lindberg and tries (unsuccessfully) to convince us all it’s not worth looking at.

“Peter Lindberg, head of the Ocean X Team, either has let his imagination run wild or has an ulterior motive, according to Jonathon Hill, a researcher at the Mars Space Flight Facility at Arizona State University, who analyzes images of planetary surface features taken during NASA’s Mars missions.”

“Whenever people make extraordinary claims, it’s always a good idea to consider for a moment whether they are personally benefiting from the claim or if it’s a truly objective observation,” Hill told Life’s Little Mysteries.

“In this case, the team clearly has a lot to gain from an extraordinary claim,” he said. “Mr. Lindberg is already making plans to take ‘wealthy tourists’ down in his submarine to view the object. If he had used a rock hammer to break off a small piece of the object, a geologist could have determined whether it was a pillow basalt in a few minutes. But if it turned out to be a pillow basalt and not a ‘mysterious UFO-like object’, Mr. Lindberg wouldn’t have much of a business plan, would he?”

Pillow basalts are the new black

First of all, OceanX have not taken ANYONE down in a submarine.  Secondly the team DID try and break a piece off and found they couldn’t with the tools they had – instead they DID bring back loose rock samples from the top of the anomaly which are being studied as we speak – information which the article rather conveniently omits. Searching Google images for pillow basalt that looks even remotely similar to the Baltic Anomaly proved a futile business and despite our attempts we could not find any with staircases, corridors or multiple right angled depressions – maybe Mr Hill knows of a secret stash of 200ft wide 50 ft high geometric pillow basalts other than the ludicrously small and unimpressive images available on Google?

Getting a NASA representative to criticise someone else regarding revealing the true nature of unexplained anomalies is surely (pardon my French)- taking the piss! Do they not realise that everyone already knows of NASA’s less than impressive record when it comes to telling the truth about features on other planets and the multiple instances where even their own staff have exposed their covering up the truth about planetary features they’d rather the public didn’t know anything about.

Meanwhile, TechMediaNetwork seem to have a lot of corporate partner affiliations and so the exact same article which originated on LifesLittleMysteries.com was republished multiple times on Discovery News, I Techpress, LiveScience, NASW, e!ScienceNews then the following day on MSNBC. It even made it’s way onto such bastians of truth as Yahoo News who with unquestioning adoration, set off anew chain reaction of pointless reprints.

Unfortunately for the majority of readers and followers who are genuinely interested in discovering the true nature of the Baltic Anomaly, the corporate tentacles of our lamestream media reach into every conceivable dark sticky corner of the internet where content starved websites and blogs gladly republish the same easily digestible soundbites.

If anyone was still a little unsure of the extent of the sneering Olympian bias of LifesLittleMysteries.com then they need look no further than the three article links directly underneath the main story and in picture captions above the headline.

I rest my case.