Baltic Anomaly USO: “This Is No Game” Says OceanX Team

Today, OceanX team leader Dennis Aasberg gave another short but very intriguing statement on the crew’s efforts to shed light on the mysterious Baltic Sea object that has evaded all reasonable attempts at identification so far.

“Everything is top secret now … because of the risks … hope you all understand this is no game. But the truth will be reported shortly.” – Dennis Aasberg 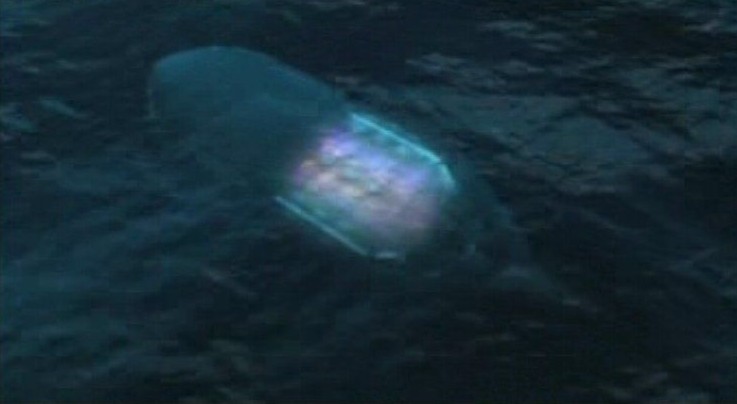 It is not essential to believe this hypothesis about to be shared is the definitive explanation, but it should at least be considered along with all the others.

Many reports of USOs exist of objects traveling at great speed underneath the water with lights visible, including a report that dates as far back as Christopher Columbus. These underwater objects have been reported as having been able to glide effortlessly underwater with great speed.

If you have an open enough mind to believe the extraterrestrial hypothesis, then there is another possibility as to how the objects came to be where they now rest.  First though, you have to realise there is a THIRD object which is hardly ever mentioned in the discussions and it lies some 5,000 feet further away from the 2 anomalies.

“The possible skid tracks start 1500 meters (4,921 feet) south and travel north where they end at each of the two more well-known anomalies. At the point of convergence 1500 metres away there is actually another anomaly which looks like a huge rock approx. 90 feet high and 900 feet in diameter with a big crack running through it approx. 120-180 feet wide and 60 feet deep. And yes, the crack’s direction are the same as the ‘tracks.’ 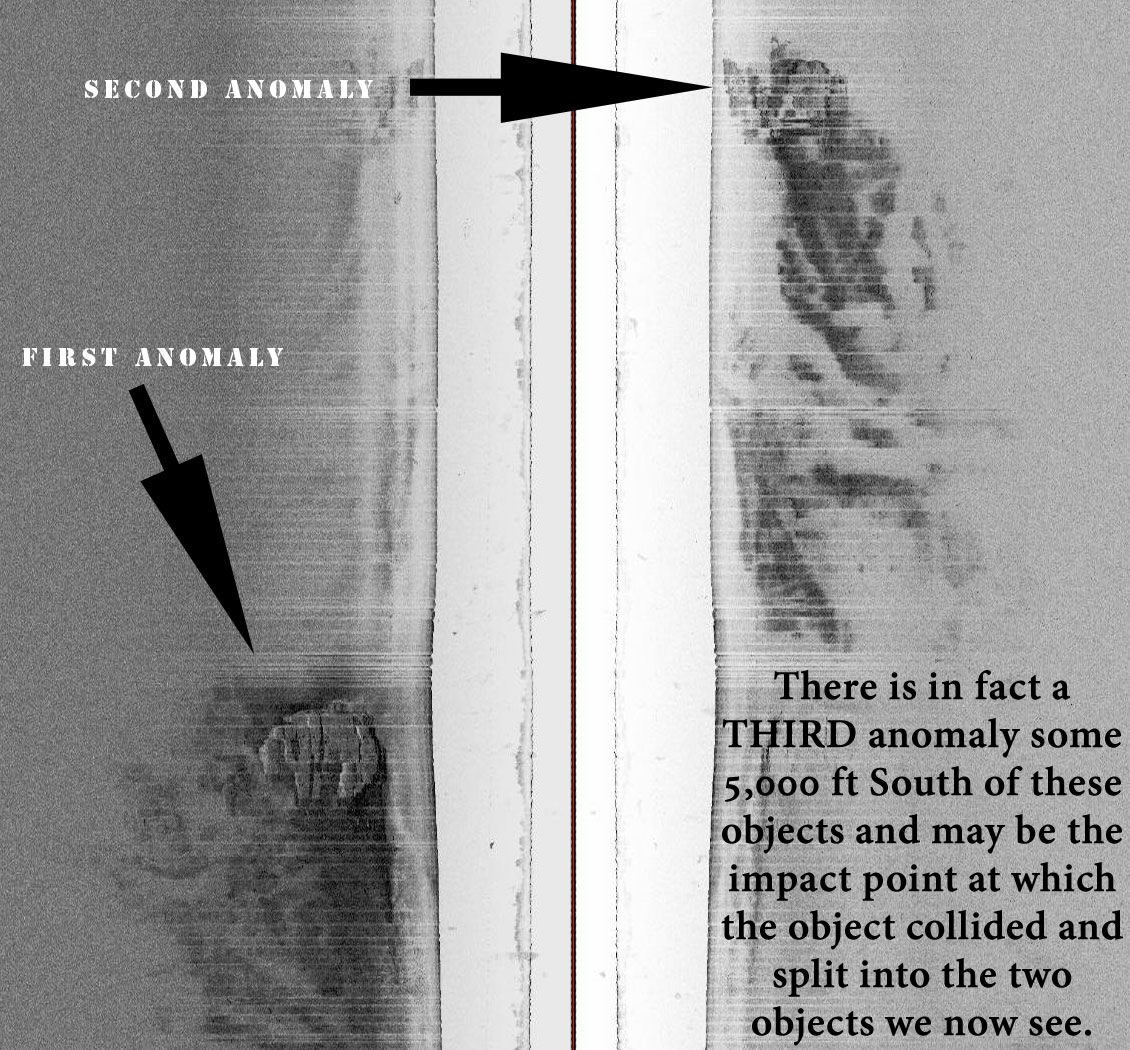 What if the object was ALREADY underwater?  It was speeding through the water and may have hit the undersea 90ft high rock structure described above – hitting it with such force as to carve the deep crack, then spinning out of control before splitting into 2 pieces 5000ft North of the impact point (the two pieces would be the two main visible anomalies we see in the sonar images).

Craig Brown
Craig is a freelance writer and researcher studying and writing about the UFO phenomenon, remote viewing, free energy, and other strange phenomena for over 20 years. He is also a qualified clinical hypnotherapist.
Categories: All-Posts, Anomalies, USO