This year’s secretive Bilderberg meeting appears likely to be held in Chantilly, Virginia, according to Paul Joseph Watson of Infowars.com. 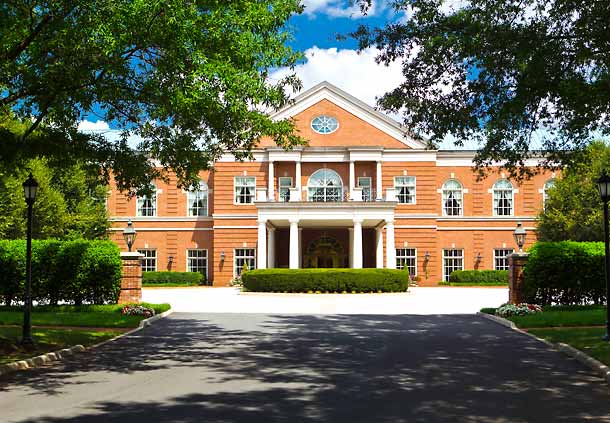 The Home Of Bilderberg 2012 - The Westfields Marriott Hotel, Chantilly

“Speculation that the location of the Bilderberg Group’s annual meeting would be chosen to coincide with this year’s U.S. presidential election appears to have been accurate with the likelihood that Bilderberg will hold their confab in Chantilly, Virginia from May 31st to June 3rd.”

“The Westfields Marriott Washington Dulles hotel, site of the Bilderberg meeting in 2002 and 2008, is fully booked from Thursday May 31st up to and including June 3rd, but has rooms available either side of those dates, suggesting almost certainly that it will be home turf for Bilderberg’s crucial 2012 get-together.” The hotel is located at 14750 Conference Center Drive · Chantilly, Virginia 20151.

"This is how we roll" - Bilderberg limos in convoy.

“Although the Westfields Marriott is very likely to play host to this year’s Bilderberg meeting, the group has been known in the past to book numerous hotels as a decoy to throw reporters off the scent.”

“Bilderberg’s decision to hold the conference in the United States is directly connected with the key role the secretive clique of industrialists, bankers, academic leaders and media figureheads will play in influencing the 2012 presidential election.”

“Although no final decision has been made, it’s almost certain that Alex Jones will be in attendance to protest the meeting just as he was at the same location in 2008. Meanwhile, veteran Bilderberg tracker Jim Tucker of the American Free Press won’t have far to travel – given the amount of air miles Tucker has racked up over the decades covering Bilderberg this year’s confab is virtually in his backyard.”∗
Read the whole story at Infowars.com

Craig Brown
Craig is a freelance writer and researcher studying and writing about the UFO phenomenon, remote viewing, free energy, and other strange phenomena for over 20 years. He is also a qualified clinical hypnotherapist.
Categories: All-Posts, Bilderberg, Conspiracies, Globalists, Secrecy