Nasa’s Curiosity rover has discovered a curious shiny object sticking up out of the martian surface.

The discovery was made while the rover was conducting one of it’s pre-planned experiments of analysing scooped-up martian soil.  As you would expect, NASA have played down the significance of the find with a bizarre explanation that they think it “appears to be a shred of plastic material”,  stating that “The rover team’s assessment is that the bright object is something from the rover, not Martian material.” 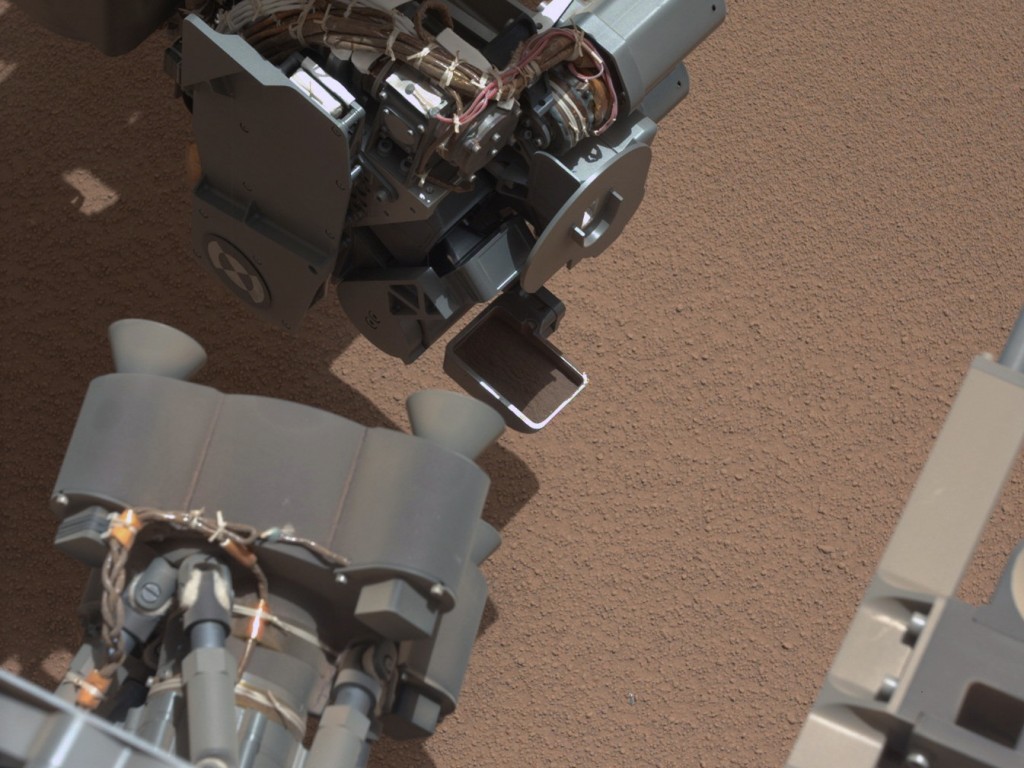 This image from the right Mast Camera (Mastcam) of NASA's Mars rover Curiosity shows a scoop full of sand and dust lifted by the rover's first use of the scoop on its robotic arm. In the foreground, near the bottom of the image, a bright object is visible on the ground. Click image to enlarge. 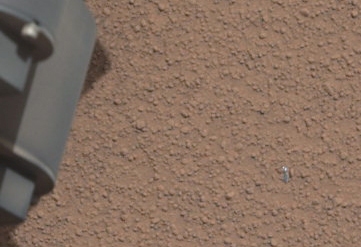 “To proceed cautiously, the team is continuing the investigation for another day before deciding whether to resume processing of the sample in the scoop. Plans include imaging of surroundings with the Mastcam.”

“A sample of sand and dust scooped up on Sol 61 remains in the scoop. Plans to transfer it from the scoop into other chambers of the sample-processing device were postponed as a precaution during planning for Sol 62 after the small, bright object was detected in an image from the Mast Camera (Mastcam).”

“A Sol 62 raw image from ChemCam, at http://1.usa.gov/R1fZHt, shows the object in question just to left of center of the image.” 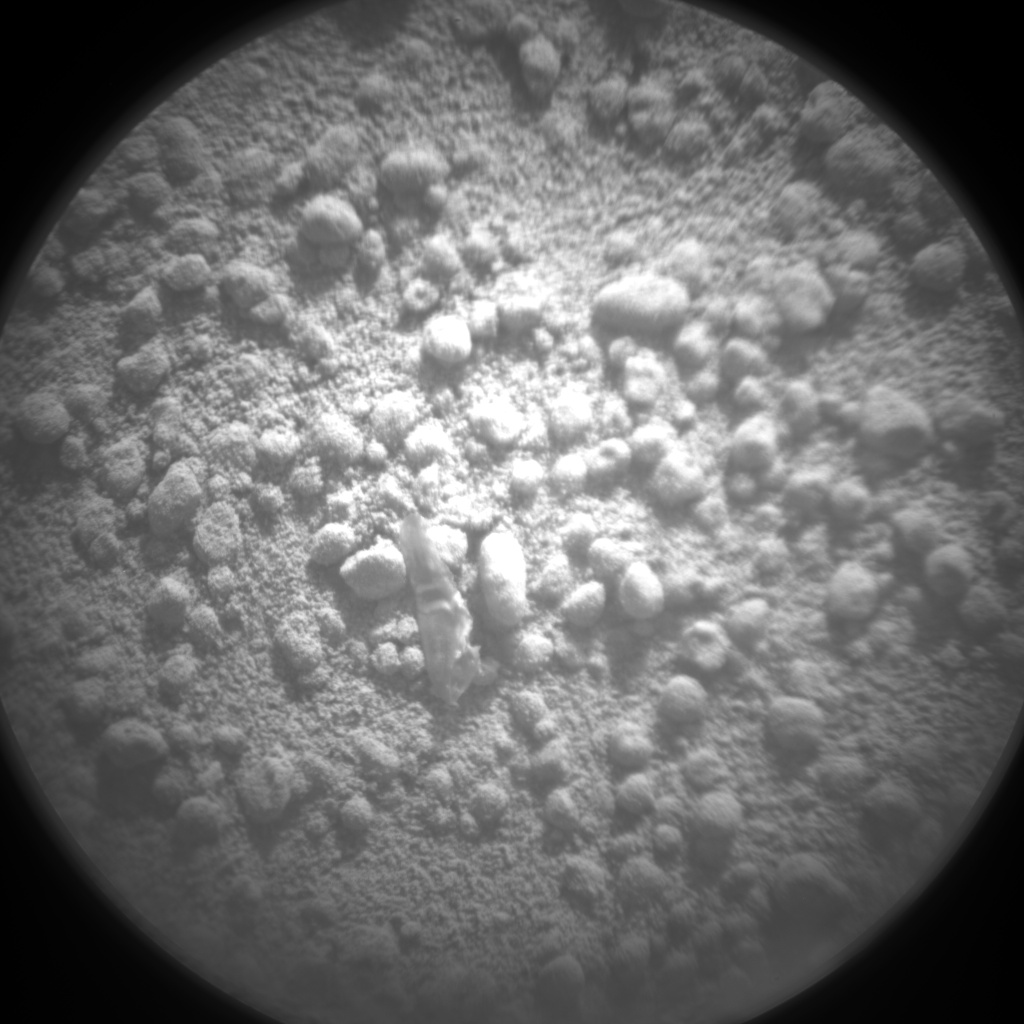 Closeup of the object sticking out of the ground.

Quite frankly, NASA’s explanation that pieces of the $2.5 Billion dollar rover are now just randomly falling off simply doesn’t fly.  If it’s a piece of plastic, then where did it come from and if it fell off then under what circumstances would it come to rest sticking straight up? The time for pieces to come off the rover would have been during the landing sequence, and not as Curiosity slowly meanders across the surface.

This latest anomalous find comes on the back of several other bizarre images recently beamed back and then analysed by others which clearly showed unexplained phenomena.

White object shown flying from left to right across the series of images.

YouTube user StephenHannardADGUK, part of a group called Alien Disclosure UK, spotted the anomalies on the NASA images, publicly available on the space agency’s website, and applied a series of filters to try to shed light on the mystery.

Referring to the four pin-points of light pictured in the skies of Mars (below), he said: ‘Four objects caught by Mars Curiosity, very difficult to make out on original image so I have used a few filters to highlight.

‘What are these four objects? UFOs, Dust particles, or something else? As always you decide.’ 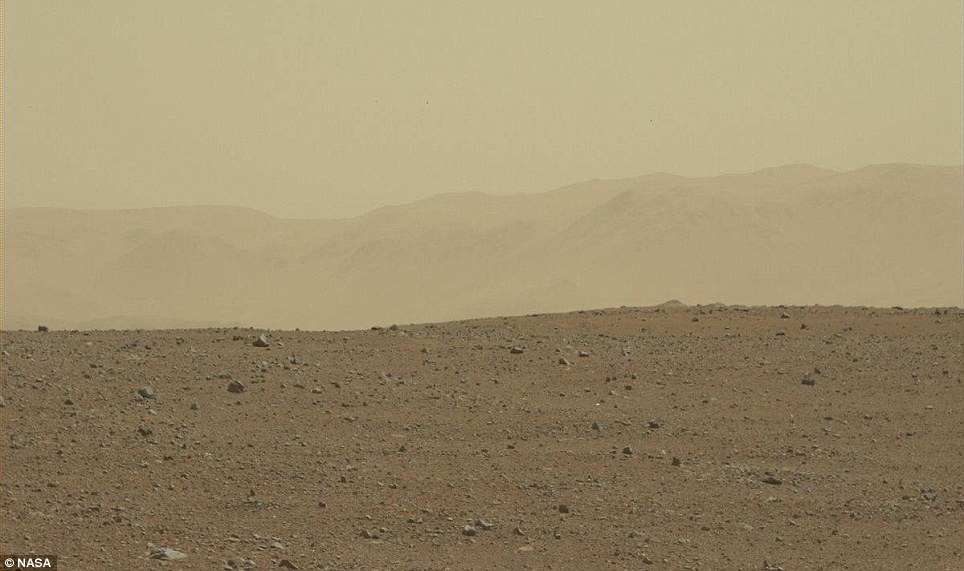 Filtered image shows four three objects clustered together and a fourth at the very top of the image. Click for larger image.

Good also to see that establishment presstitutes from Space.com / Yahoo / Debunkers R Us  are paying absolutely no attention to the scientific method by pronouncing that it IS definitely “a piece of plastic”, despite the fact that NASA have said they still don’t know what it is.  See link below.