“I stand for change!” “It’s time for change”.  Whenever you hear those words come from the mouth of a newly elected leader be immediately suspicious as it almost always means the opposite.

Their idea of change is to continue with the same globalist policies and agenda as the previous government they just ousted. 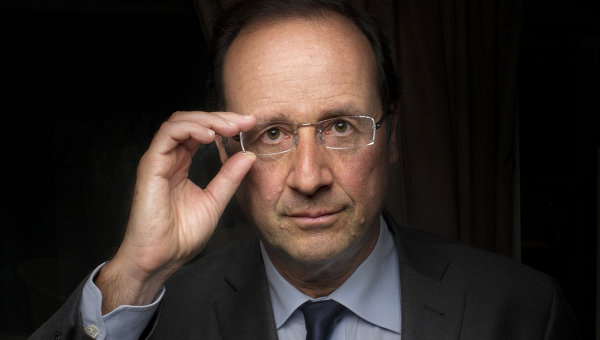 France’s new President Francois Hollande is another head on the same globalist dragon.  Paul Joseph Watson’s report confirms what many had already suspected.  Pity the unsuspecting public are being fed the “Hollande stands for change” propaganda and are no doubt swallowing the information hook line and sinker.

“Hollande is merely another creature of the establishment and an enthusiastic pro-European superstate globalist. He supported the 1992 Maastricht Treaty, the document which outlined the introduction of the euro single currency and was itself based on a 1955 Bilderberg blueprint. Hollande also supported the European Constitution in a 2005 referendum despite most of his socialist allies voting against it.”

“Hollande is the former spokesman for ex-French President Lionel Jospin, another committed globalist who attended the Bilderberg Group meeting in 1996.”

“He is also a former aide to the last Socialist President in France, Francois Mitterand, a 33rd degree Freemason who commissioned the pyramid at the Louvre to be made out of 666 glass panels – another down to earth “man of the people”. Alongside German Chancellor and Bohemian Grove attendee Helmut Kohl, Mitterand fathered the Maastricht Treaty. According to Bilderberg sleuth Daniel Estulin, Bilderberg were largely responsible for Mitterand’s presidential victory in in 1981.”

“Hollande’s “special adviser” is none other than Manuel Valls, a former Freemason and 2008 Bilderberg attendee who openly supports the establishment of a European federal superstate at the expense of national sovereignty. Valls has publicly called for the European Commission to control national budgets of EU member nations.”

“When confronted about his Bilderberg connection by We Are Change Paris, Valls attempted to deflect the question by accusing the videographers of denying the Holocaust.”

Read the full story at Infowars.com

Craig Brown
Craig is a freelance writer and researcher studying and writing about the UFO phenomenon, remote viewing, free energy, and other strange phenomena for over 20 years. He is also a qualified clinical hypnotherapist.
Categories: Globalists