This year has seen several SOHO (Solar and Heliospheric Observatory) videos emerge,  showing massive planetary scale anomalies.  The latest video, (uploaded by YouTube user rob19791) shows a Jupiter sized structured craft in the frame of one of SOHO’s video sequences. The SOHO website allows users to view and download the latest images and movies of solar activity, including solar flares and sunspots.

But before we look at the latest video, there have been two major anomalies reported already in the last 6 months. In December, one intriguing video appeared to show a cloaked craft of some description near Mercury.  The structure of the object only became visible after a CME blasted through the area of space in which the object was residing.

Then in March this year, a mysterious Death Star shaped Orb seemed to attach itself and possibly refuel from the sun. The official explanation – a “filament” from the sun.  Whether filaments can be spherical is another question altogether.  Even so, it does not explain (if it was a filament), how a filament can remain completely spherical and stationery while the sun is in constant rotation as shown in the video.

Sphere With Bizarre Attachment To The Sun 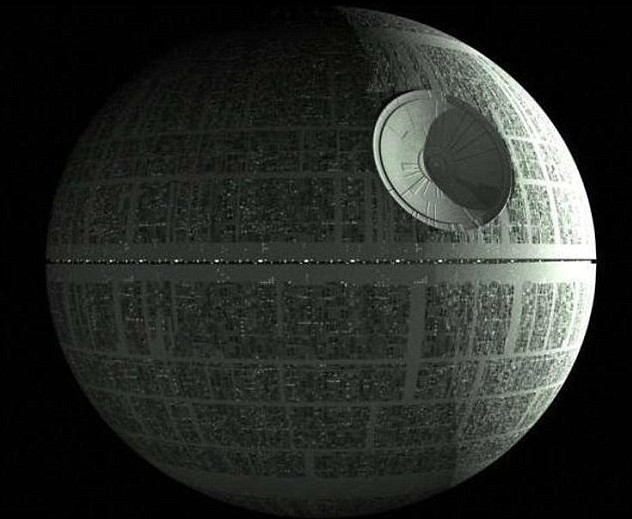 Both the Death Star like object and the craft visible after the CME were given feeble and inadequate official explanations that do not properly account for what we are seeing.

The latest video was posted on May 5, and shows footage taken two days earlier by SOHO. The video clearly shows a massive rectangular object near the surface of the Sun.

So what was the official explanation for this?  The modern day equivalent of swamp-gas – “Cosmic rays” was the official line from the United States Naval Research Laboratory (NRL) — streaks of charged particles whizzing through space that get picked up by cameras.  Then a day after the footage was shot, live streaming images from SOHO were disabled.  Another coincidence?  Step forward NASA with the old swamp gas routine  – “SOHO went into ‘Emergency Sun Reacquisition’ mode on Friday May 4, 2012, caused by a false trigger of the Coarse Sun Pointing Attitude Anomaly Detector. We are working on the recovery of the spacecraft to normal mode.”

The Sun Just Before The UFO Comes Into Frame 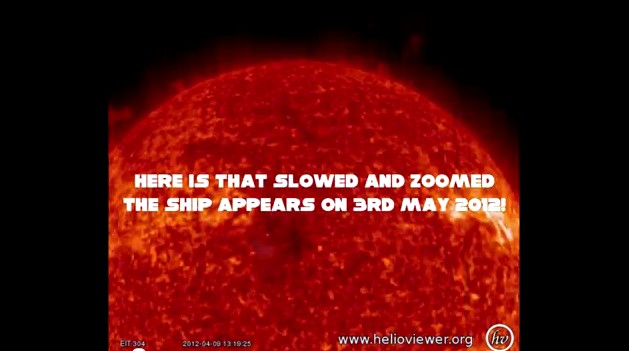 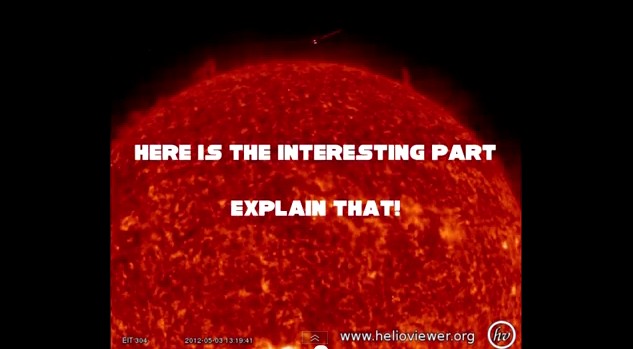 Craft Now Appears At The Top Of The Image 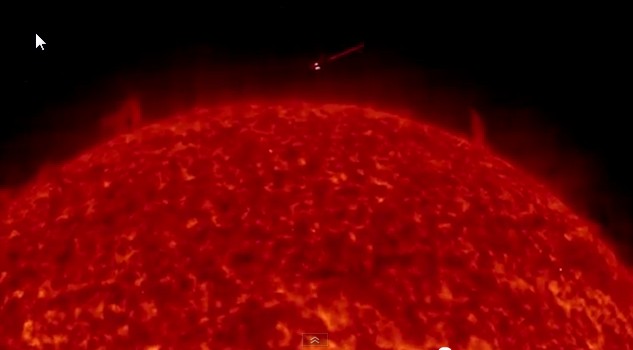 Zoomed In Shot Of Anomaly 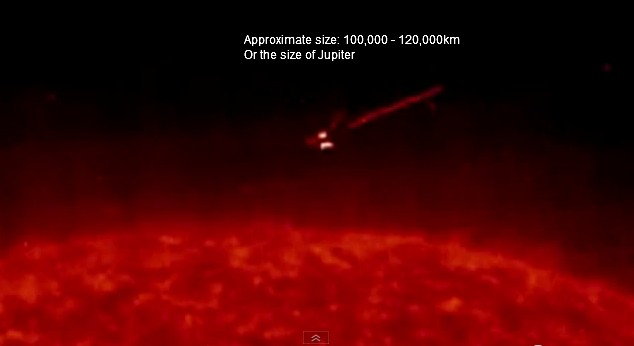 The Size Of The Craft Is On A Massive Scale 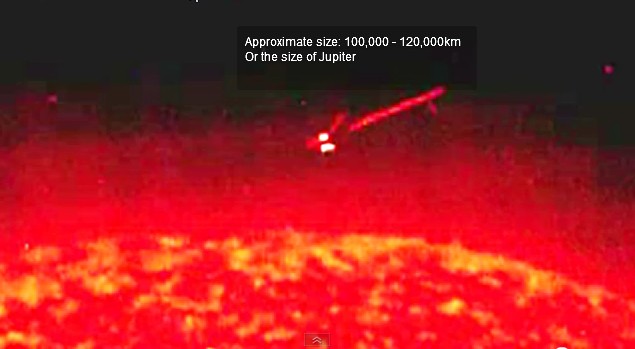 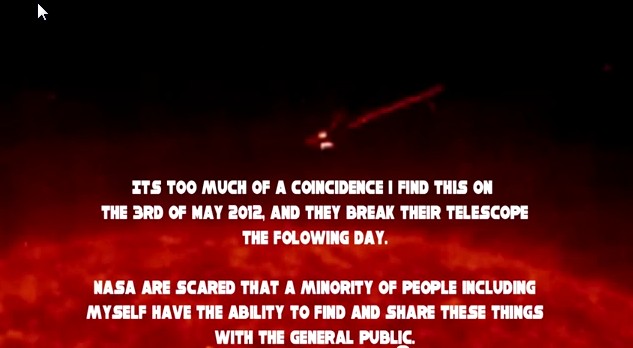 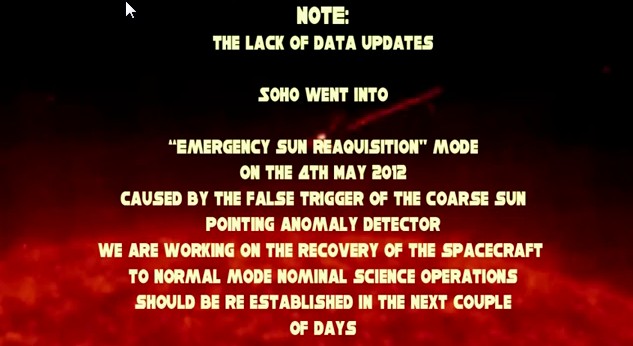 The uploader of the latest video, rob19791, was not impressed and has made it clear he thinks there is an ongoing coverup.

“NASA are clearly trying to stop us looking at the sun. The reasons could be anything from the crafts/ships seen recently or an impending solar flare that will wipe out humanity.” – YouTube User rob19791

About the SOHO Project

SOHO, the Solar & Heliospheric Observatory, is a project of international collaboration between ESA and NASA to study the Sun from its deep core to the outer corona and the solar wind.

SOHO was launched on December 2, 1995. The SOHO spacecraft was built in Europe by an industry team led by prime contractor Matra Marconi Space (now EADS Astrium) under overall management by ESA. The twelve instruments on board SOHO were provided by European and American scientists. Nine of the international instrument consortia are led by European Principal Investigators (PI’s), three by PI’s from the US. Large engineering teams and more than 200 co-investigators from many institutions supported the PI’s in the development of the instruments and in the preparation of their operations and data analysis. NASA was responsible for the launch and is now responsible for mission operations. Large radio dishes around the world which form NASA’s Deep Space Network are used for data downlink and commanding. Mission control is based at Goddard Space Flight Center in Maryland.

Craig Brown
Craig is a freelance writer and researcher studying and writing about the UFO phenomenon, remote viewing, free energy, and other strange phenomena for over 20 years. He is also a qualified clinical hypnotherapist.
Categories: Anomalies, NASA, Space, UFOs, Video Footage