Alert individuals will have been shocked to notice that in Moscow’s financial district, a raging inferno engulfed the still under construction “Federation Tower”.  Despite the fire burning between the 65th and 67th floors for in excess of 3 hours, no fire suppressant system installed and high winds continually fanning the flames – it did not collapse.

News reports were crystal clear on the severity of the fires; “Orange flames were leaping about 250 meters (880 feet)” – AP. “The top floor was nearly completely ablaze, with the fire smoothing out and then bursting again. The wind in lower floors facilitated the fire’s expansion. The huge image boards on the skyscraper’s walls were ignited and threatened neighboring buildings.” “The blaze could be seen from as far as ten kilometers away. ” Witnesses say it resembles a “fiery crown on top of the building.” – RT News 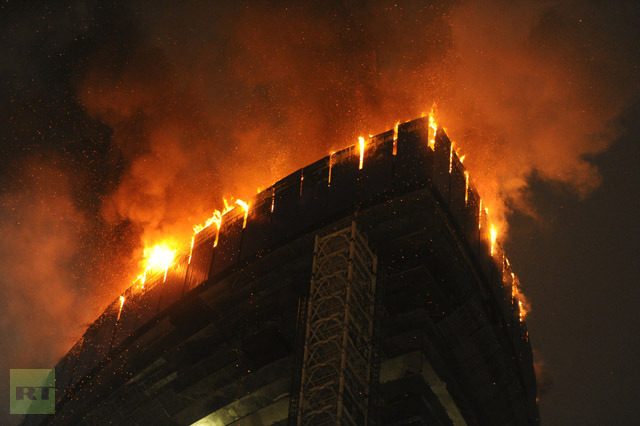 This latest skyscraper fire is somewhat at odds with the official version of events on September 11th 2001 when BOTH  of the twin towers of the World Trade Centre Complex in New York collapsed after smaller less intense fires burned for much less time.  The South Tower had burned for only 56 minutes before collapsing directly onto it’s own footprint at near freefall speed, meanwhile the North Tower took only 102 minutes before it too collapsed exactly on to it’s own footprint. No other skyscraper in history has ever entirely collapsed due to fire – except on this day. A third building, Bulding 7 of the World Trade Centre Complex also collapsed directly on to it’s own footprint despite the fact it was not hit by a plane.  Again in this instance, fire was blamed despite film clearly showing that the fires were relatively small and in isolated pockets.

Footage later emerged of building 7 collapsing almost completely symmetrically – similar to what would be witnessed with a controlled demolition. BBC Reporter Jane Standley famously made her report on the morning of 9/11 stating that building 7 had collapsed, while in the background of the camera shot building 7 could quite clearly be seen  still standing. It eventually fell approx 23 minutes later and fueled further questions on just exactly how the BBC knew of the impending collapse which they had seemingly reported prematurely.

This latest building fire in Moscow only further reinforces the evidence that the official story of how the towers fell on 9/11 due to fires is a complete fabrication with no scientific precedent in history.∗ 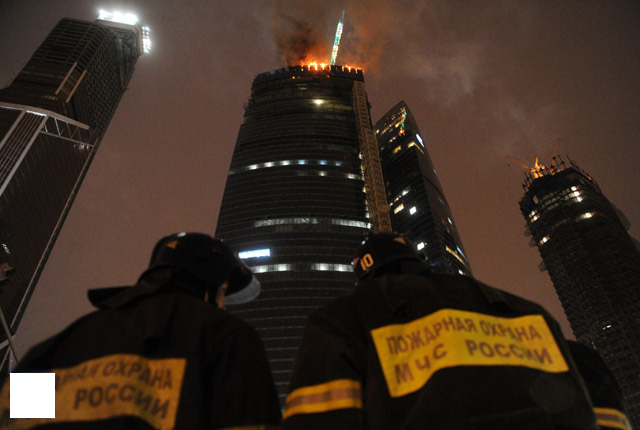 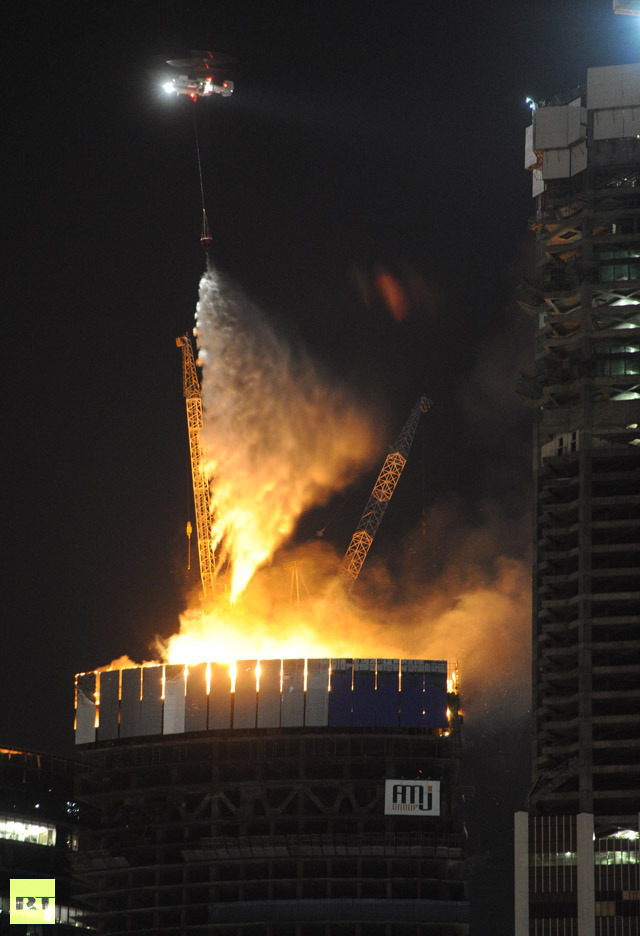 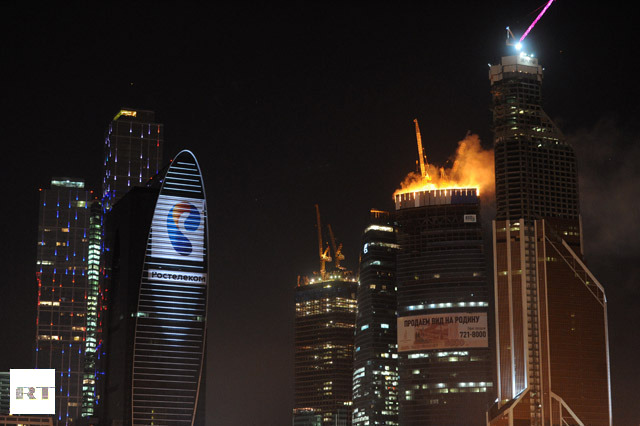 Craig Brown
Craig is a freelance writer and researcher studying and writing about the UFO phenomenon, remote viewing, free energy, and other strange phenomena for over 20 years. He is also a qualified clinical hypnotherapist.
Categories: 9/11, All-Posts, Big Brother, False Flag Terror