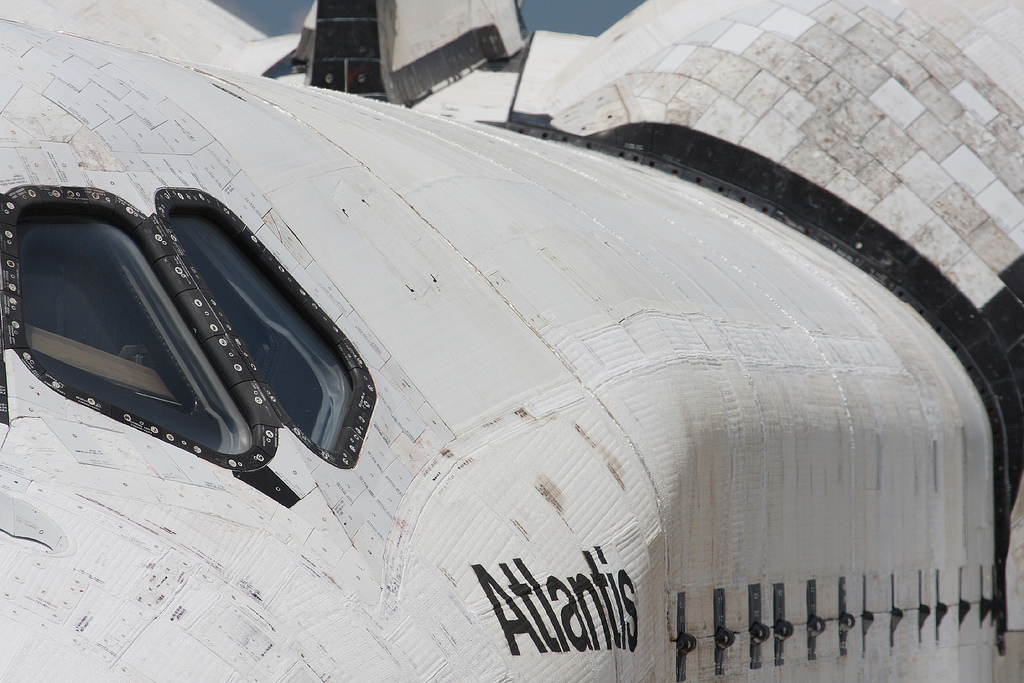 Just before dawn on July 21, 2011, the last ever space shuttle mission by Atlantis, touched down at Kennedy Space Centre in Florida.  Intriguing information and official NASA video about the nature of one of Atlantis’ previous missions five years previous in 2006 has only just recently emerged. 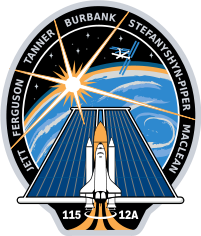 Mission STS-115 mission objectives were all based around installing new hardware to the International Space Station. The mission delivered the second port-side truss segment (ITS P3/P4), a pair of solar arrays (2A and 4A), and batteries. 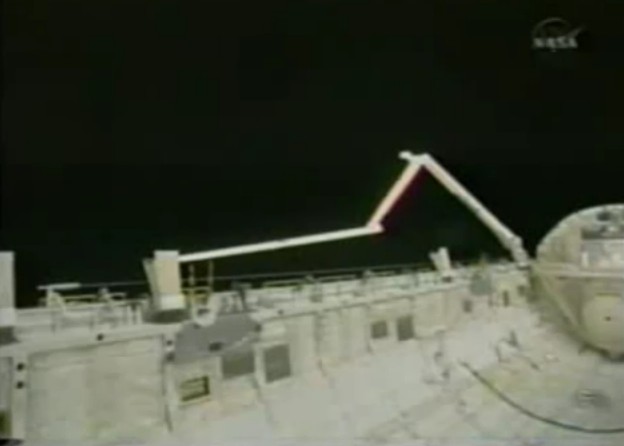 “This is mission control Houston now with a mission elapsed time of 10 days, 20 hours and 21 minutes.”  “This view of the space shuttle Atlantis looking at the robotic arm operations, with the shuttle robotic arm attached to the orbiter boom sensor system, to continue inspections of Atlantis, to ensure it is in good shape for landing tomorrow.”

As the camera pans around and focuses more in the direction of Earth we see  three silver coloured orbs appear in the frame.  As soon as the images appear on camera the sound feed from the previously talkative female mission control announcer becomes silent, then after a while, the sound feed is cut completely.   Some forty seconds of silence occur while the orbs are in camera shot before she hastily announces:

“The instrumentation and communication officer here at mission control operating the payload bay camera, with reflections in the camera lens as it looks past the space shuttle Atlantis”.

It is rather suspicious that as soon as the objects appear in the video feed, the mission controller goes silent. What was discussed with senior controllers at NASA during the silence? Could they have been hastily trying to work out a plausible explanation before re-enabling the sound feed? It certainly looks that way.

“Ah, we do see that. OK, we’re seeing 3 or 4 objects, can you confirm that it’s just the one that is moving, the other ones are just reflections.” “There are 3 objects. The one YOU SEE, you see two rings right there they’re the ones we kinda have a late tally-ho on down the bottom, that was the one we initially saw, that appeared to be foil.  So we’ve got like two rings, and then a piece of foil. The piece of foil seems to be further in front with the (inaudible) It seems to be further in front of the other two and the other two seem to be about the same equidistant from both us and the forward one.”

First of all, “reflections” don’t travel in a triangular formation and then become stationary when the camera moves. Secondly the bottom orb appears to pulse as it moves, which as we all know, is not characteristic of a reflection. Whatever these objects are, they are most certainly not reflections in the camera lens, nor are they swamp gas or a nearby lighthouse.  This is yet another ludicrous on-the-spot explanation by NASA officials as they try to avoid talking about the reality of the extraterrestrial presence around Earth.∗ 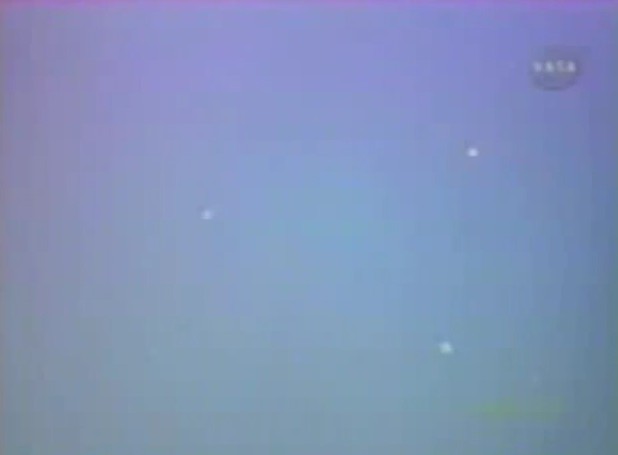 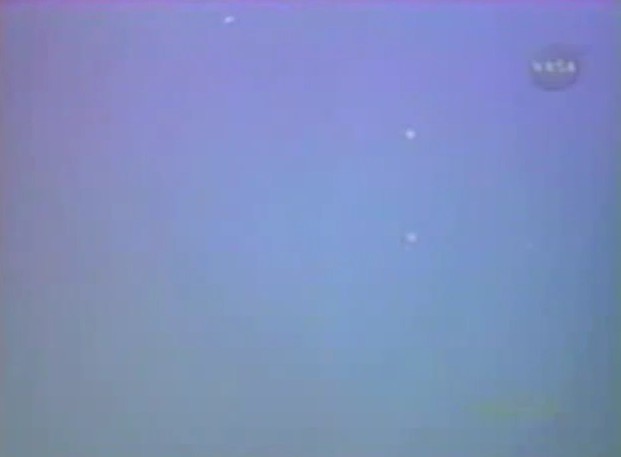 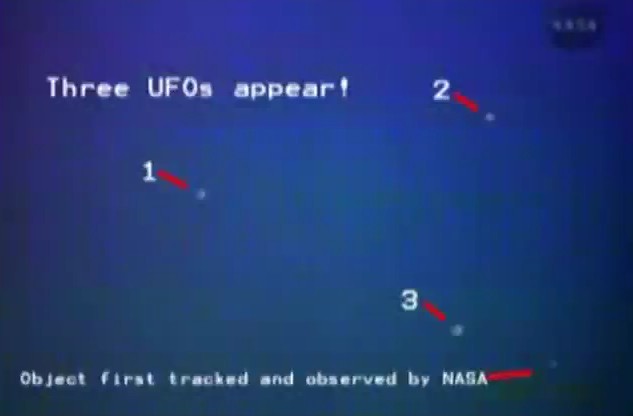 Craig Brown
Craig is a freelance writer and researcher studying and writing about the UFO phenomenon, remote viewing, free energy, and other strange phenomena for over 20 years. He is also a qualified clinical hypnotherapist.
Categories: All-Posts, NASA, UFOs, Video Footage